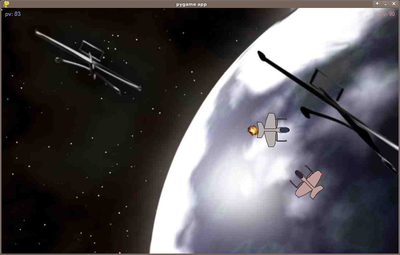 Drones Fight is a small game in which you control or program two so-called drones fighting each other. Each of the two players can program his or her drone, controlling thrust, missiles and direction with a simple scripting language.

While the game is playable, it could be extended to make the scripting language more powerful (as of today, it is too easy to make a good script, so there is little fun).