Some online tools are available there.

Zahlenvergleicher: a tool to compare figures in a translation and its source document.

For interpreters who want to use a search-as-you-type kind of glossary in the booth. The final result is somewhat similar to what Interplex would give you. Of course, this is not Interplex, and does not claim to replace it (my software will help you get booth-ready glossaries, but it is totally useless when it comes to managing terminology, while Interplex does just that, from what I have gathered). But glossary generator is still very nice: its output format is pure HTML+JS, so you can put it on any smartphone or tablet (except iOS ones, because iOS won’t allow you to access any file system directly). You can still use it with an iOS device if you store your glossary online and access it via the browser, but this is rather cumbersome.

This new glossary builder allows you to paste cells from a spreadsheet (or from a tab-separated text file).

My glossary generator is a tool whose input is a list of terms separated by "=" (equality sign) and whose output is HTML code. Copy the HTML code into a text file, save it under "My_Glossary.html" (NOT .txt) and open it in a web browser: now you can type something in the search field and the search results will appear below.

This is just a page with random sentences containing lots of random numbers. The purpose is to train myself to remember all sorts of numbers when interpreting, as mistakes can have serious consequences (e.g. saying one billion instead of one million).

Search newspapers : a very simple html+css+javascript all-in-one webpage that makes a google request but lets you select what newspapers (organized by country) or university you want to search.

Retinotes : a basic html5 app that lets you draw old-school animations with support for some onion skin and nothing else. 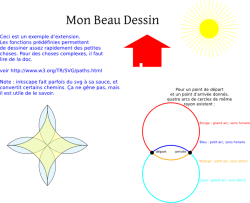 The output of the example is an illustration of what can be easily done with Inkscape extensions (this image was drawn by a script, not by a human).

Once I had to make an Inkscape extension for someone. Its purpose is too specific to be of interest to anyone (besides, I verbally agreed not to publish it), but I think some people would like to have a library that helps draw the most basic shapes, which is exactly what easy_draw.py does. However, I commented the file in French.

Drones Fight is a complete small game where you program so-called drones. Each player programs his or her drone and the best programmed one shall win the battle using its missiles, thrust and direction.

There is also a mode where the players actually control the drones. It is more fun because it doesn’t require you to learn programming, but it is also less fun in a way.

OTO (Ouvre tes oreilles – open your ears) is one of my best ideas ever. When learning a language with audio tapes/CD/mp3, have you ever wished you could slow down the dialogs and other recordings?

Oto is my answer to this problem. I made something simple for the learner (he/she can listen to every recorded sentence at 4 different speeds, has a transcript, a translation and the API phonetic transcription). And also simple for the programmer (no clever algorithms here). Wait! Where is the trap? Well, the thing is, the people who make the material actually have to record each sentence 4 times at different speeds (aha, so there was no magic after all), do the transcript, translation and phonetic transcription by themselves (and they can also add some comments).

Basically, the software is only a database with interface to a recording/playback software. I apologize for programmers who were expecting some new and exciting piece of code. But I am proud to say it can really help you learn a language, along with leximnesia of course.

I had an idea of trying to make money with the software, as some people advised me. While this is an interesting idea, I will still release the software as FLOSS (free) software, but I might prepare non-free material (texts and recordings) *for* the software.

Tkrecord is a tiny application that works only on Linux. It is a sound recorder (frontend to arecord /aplay) with very smart keybindings and mp3 conversion (frontend to lame).

Zlovofighter is a networking game that will probably never be complete. In this game, two or more teams try to destroy each other. But they must use their ennemies’ moves to try and control a Zlovotzja (a kind of mutant tree on which you can put energy controllers). The Zlovotzja then releases its energy, which flows through the controllers, making them modify other controllers. And finally, the energy has various resulting effects, which can be the destruction of the ennemy or of yourself.

I tried to invent a sci-fi context, but maybe I should just say "Shut up, it’s magic" because all these energy things are hard to swallow.

The point is, it should be a game of collaborative (and uncollaborative) programming : the ennemy teams are actually building a forth-like program together, with some rules to respect (players don’t have an unlimited choice of instructions). Special instructions are not added to the program but make the program run instead. The players can then see if their instructions were well-placed !

It is very complex, and therefore so hard to explain. The core programming is not that hard, it is the networking part that makes it difficult, along with the imperative need of a good user interface without which the player will understand nothing at all. But, as I have kept repeating for nearly four years, you’ll see, when it’s done, it’ll be great. No source code worth mentioning yet.

A static website editor I made years and years ago for a company in my hometown. I no longer maintain it. I can send you the source code if you want it (just ask).

A network-based whiteboard (a shared drawing surface, useful to play pictionary, to draw a simple plan, to explain something with a schematic diagram, etc.). For source code, contact me by e-mail (no worry, it’s also FLOSS).

A specific data-collecting web crawler made for a company I made an internship in. I used it twice and it was twice a success (it saved them a lot of trouble and time). I won’t share the source code.

I have begun to learn Lua and I know the basics of C++, so I wanted to see how far I could program. The result is: not very far. The main limitation is C++’s most annoying lack of native encoding conversion tools. When my input is utf-8 and my output should be iso-8859-1, it can drive me mad trying to convert one to the others without doing everything myself or use a battle tank (ICU) to kill an ant.

Now I see that there are actually some lightweight libraries that suit my needs, but I no longer have much time for Lua / C++ at the moment.

Leximnesia.org was programmed in php. I don’t like php, especially when I have an Internet failure and have no offline documentation available. But I must cope with it.

Fortunately, I didn’t make it from scratch: there are many functions directly copied from or inspired by Wikiss 0.3. I added my language support and a sort of category thing.

As Wikiss is GNU GPLed, I’ll be happy to send you the source code on request (preferably by e-mail).